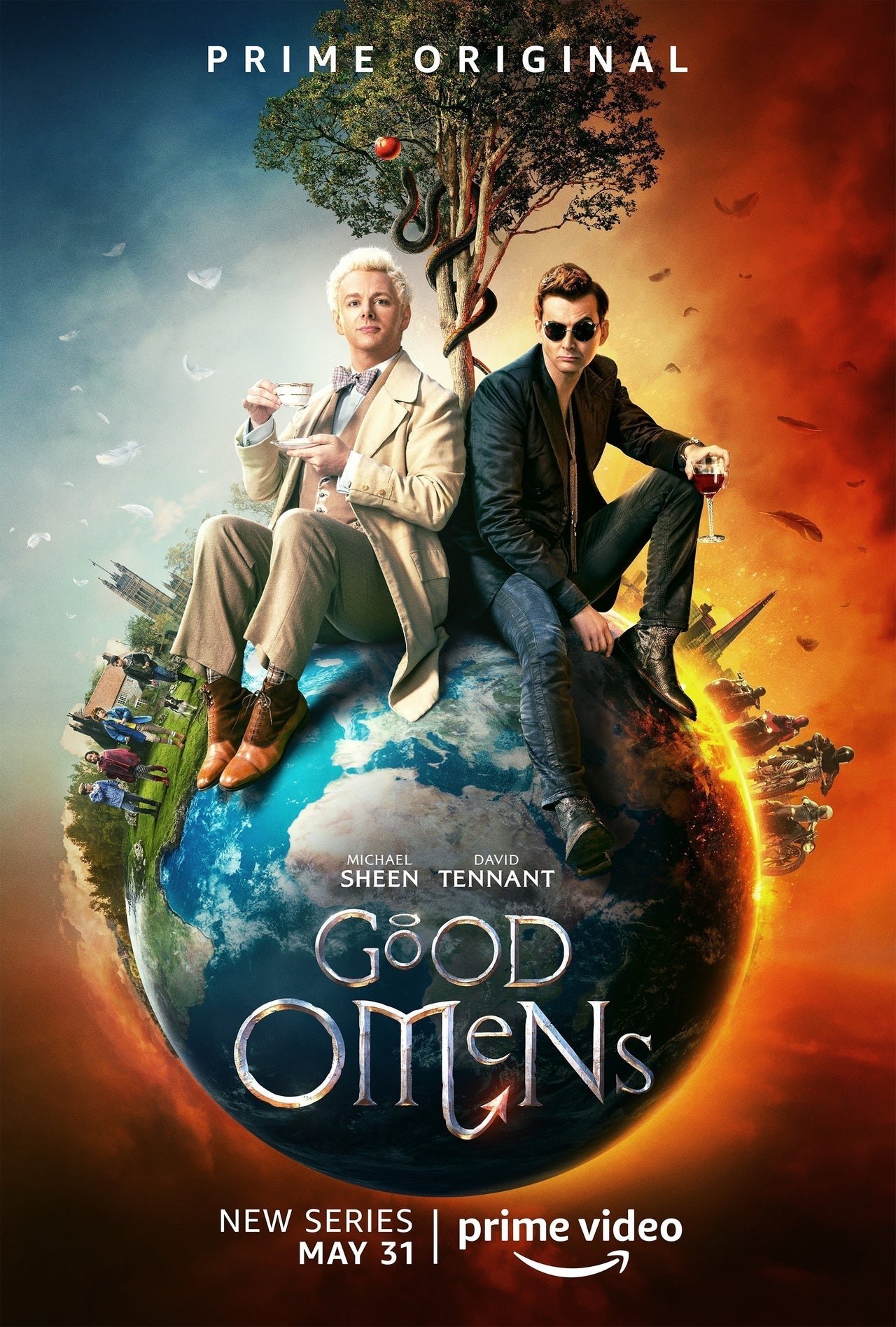 Directed by Douglas Mackinnon and adapted from “Good Omens: The Nice and Accurate Prophecies of Agnes Nutter, Witch.” A novel written by Neil Gaiman & Terry Pratchett.

The Premise – A tale of the bungling of Armageddon features an angel, a demon, an eleven-year-old Antichrist, and a doom-saying witch. – I know it’s vague but it’s accurate and I love that description.

Review – The Tv-Show was written by Gaiman himself and it shows. It’s quircky, funny, clever and fairytale like. The tone strikes a nice balance, between all three. the fantasy, the drama and the comedy. God’s voice-over, the music, and the esthetics helps with fantasy element and the quirks in every episodes. It’s very reminiscent of Mathew Vaughn’s Stardust (2007) – that is also a novel by Gaiman. It also reminds me of Bryan Fuller’s Pushing Daisies (2007-2009) with Lee Pace. 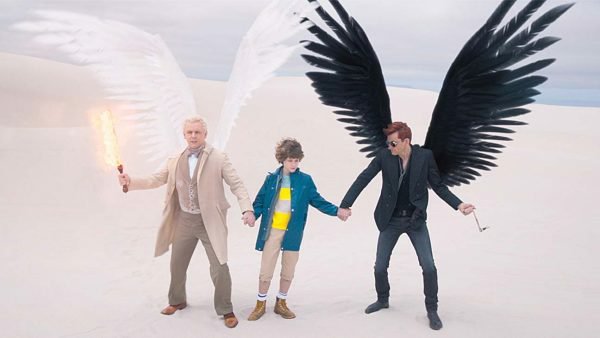 The cast they’ve assembled for this is just amazing. Sheen and Tennant have, as we know, great comedic timing. It’s made even better because they are kinda playing it straight. There are tons of known characters actors that are perfect in their roles. Seeing these actors felt like little easter eggs throughout the show. Speaking that I did catch the Doctor Who references even if I’m not a whovian. It was a nice touch.

There’s a lot to love on Good Omens – Season 1. I really liked the new take on the four horsemen particularly what was done with Pestilence, and Famine’s introduction. The show is littered with clever ideas that get their across without getting preachy.

It’s a fun show worthy of a binge on Prime Vidéo.